JARULAN,one of the leading belt manufacturers and suppliers in China, can customize special belts according to your application environment. Our belt can serve for a long time because of its heat resistace,chemical resistance and high strength.

Founded in 2010, with over 40,000 square meters’ area, the headquarter of Jarulan Industrial Belt Co., Ltd. is set in Jiangxi Province, China. Jarulan owns 3 imported advanced production lines which can produce conveyor belt rolls with maximum width of 3.5m.Annual output of conveyor belts is up to 36 million square meters. 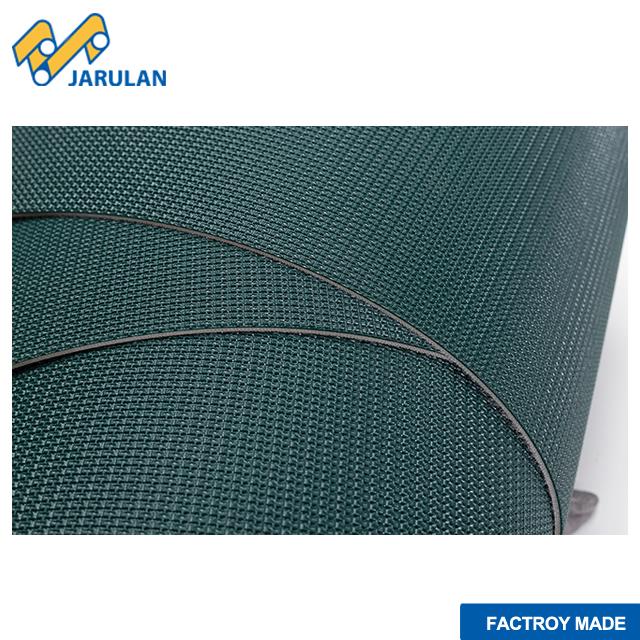 If the friction of the bottom of the cargo is large enough, a non-slip belt with a pattern on the surface can be used; a large-angle climbing belt conveyor needs to add a baffle and a skirt to the belt; in order to prevent the belt from running off, the belt can be reversed and the guide strip can be added.

If our friction conveyor belt with heat resistance caters to your requirement, Welcome to buy high quality low price conveyor belt from our factory. As one of the leading China belt manufacturers and suppliers, we must be your best choice.